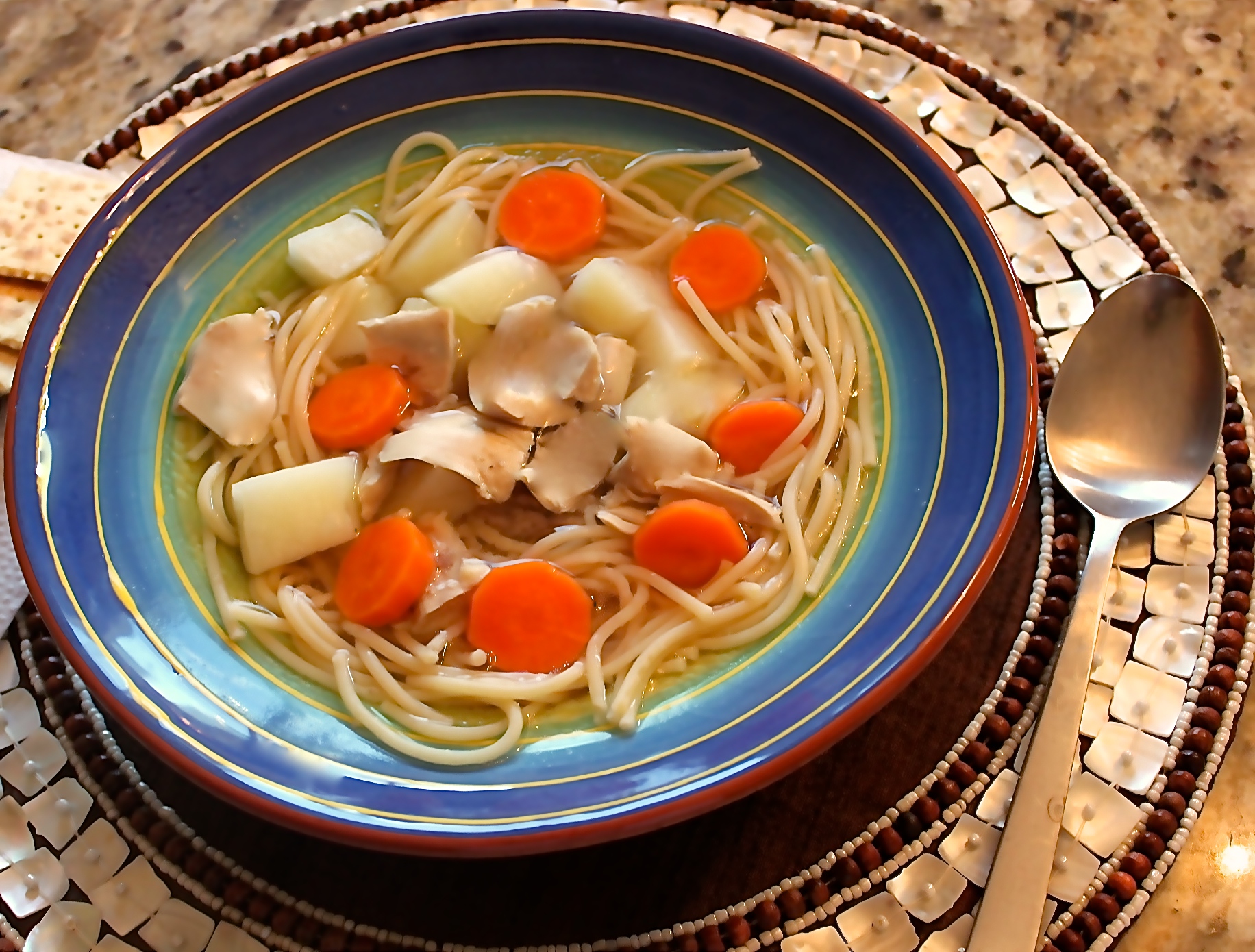 Chicken soup...what can I say? The world’s most not controversial soup! Loved by kids and adults, tasty, flavorful, reinforcing, healing, and comforting. I make it a lot during our long winter months or if somebody is sick and has a cold. My son is such a believer in magical healing powers of my chicken soup that when he is sick, he ask to have it not only for lunch but also for breakfast. Try it and you'll see how this homemade soup is much better than his canned broth-er.

Clean the chicken and remove the skin. If you don’t have chicken leg quarters, you can replace them by chicken legs. The important thing is to use the chicken meat with the bones for broth thickness and flavour.

Place the chicken into 4 L pot and filled with cold water. Add onion, whole - not chopped, and a parsley root. If you don’t have a root, but fresh parsley, don’t add it right away, but leave it for after.

Cook the chicken broth on the medium heat. When the water starts boiling reduce the heat to a low simmer.

Using a skimmer, remove and discard any foam that rises to the top. Cook for about 40 minutes continuing to remove the discharge. When the discharge is no longer appears, remove the soup from the heat. 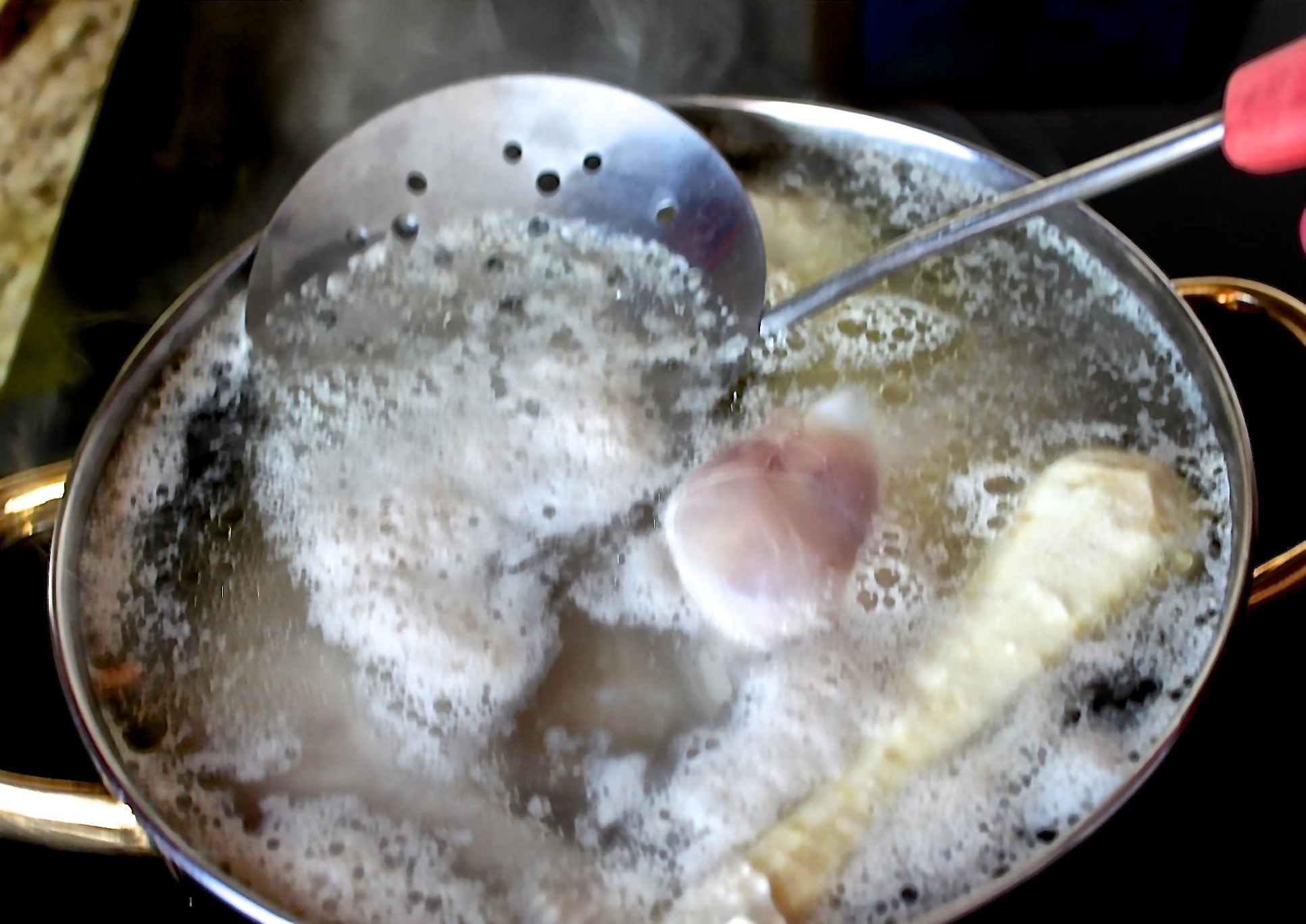 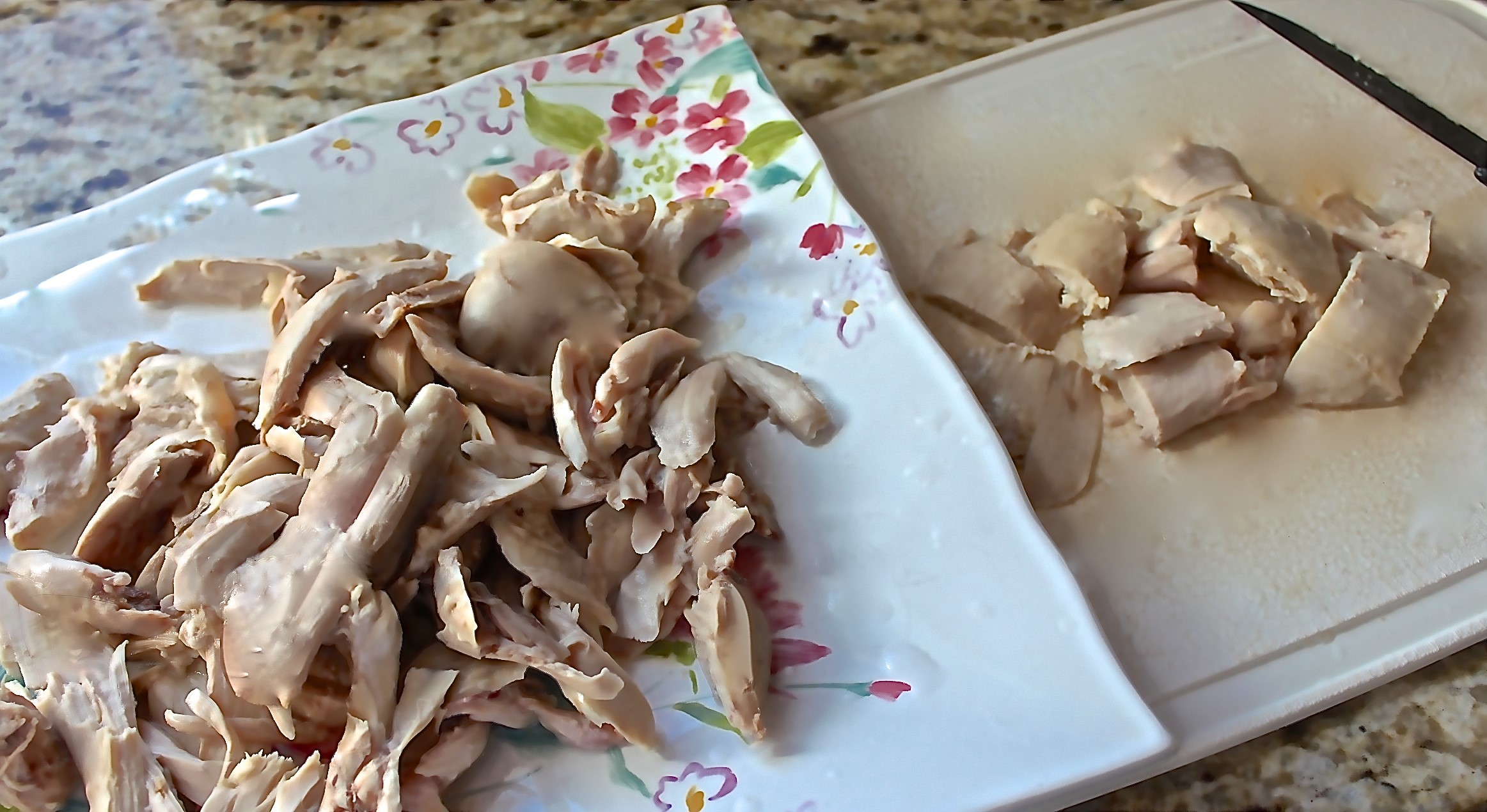 Strain the broth into a large enough pot or container over a sieve.

Wash your pot and place the clean chicken pieces back. Add the strained broth to the pot and add the cold water to fill the pot. Salt, pepper the broth to taste and place it back on the low heat partially covered.

Now, while the soup is simmering, you can go two ways with the carrots. You can just add them to the broth raw or dice/grade them and fry for 2 minutes with a bit of butter and then add it to the broth. The fried version will give a beautiful yellow color to the soup but also add some fat from frying in butter. Your choice.

You can also add potatoes to satisfy that hungry men or teenager in your family. While my daughter likes the plain broth with noodles, my son prefers the “full” version with potatoes.

Tie a bundle of fresh parsley using a small piece of string. Bring the soup to the soft boiling. 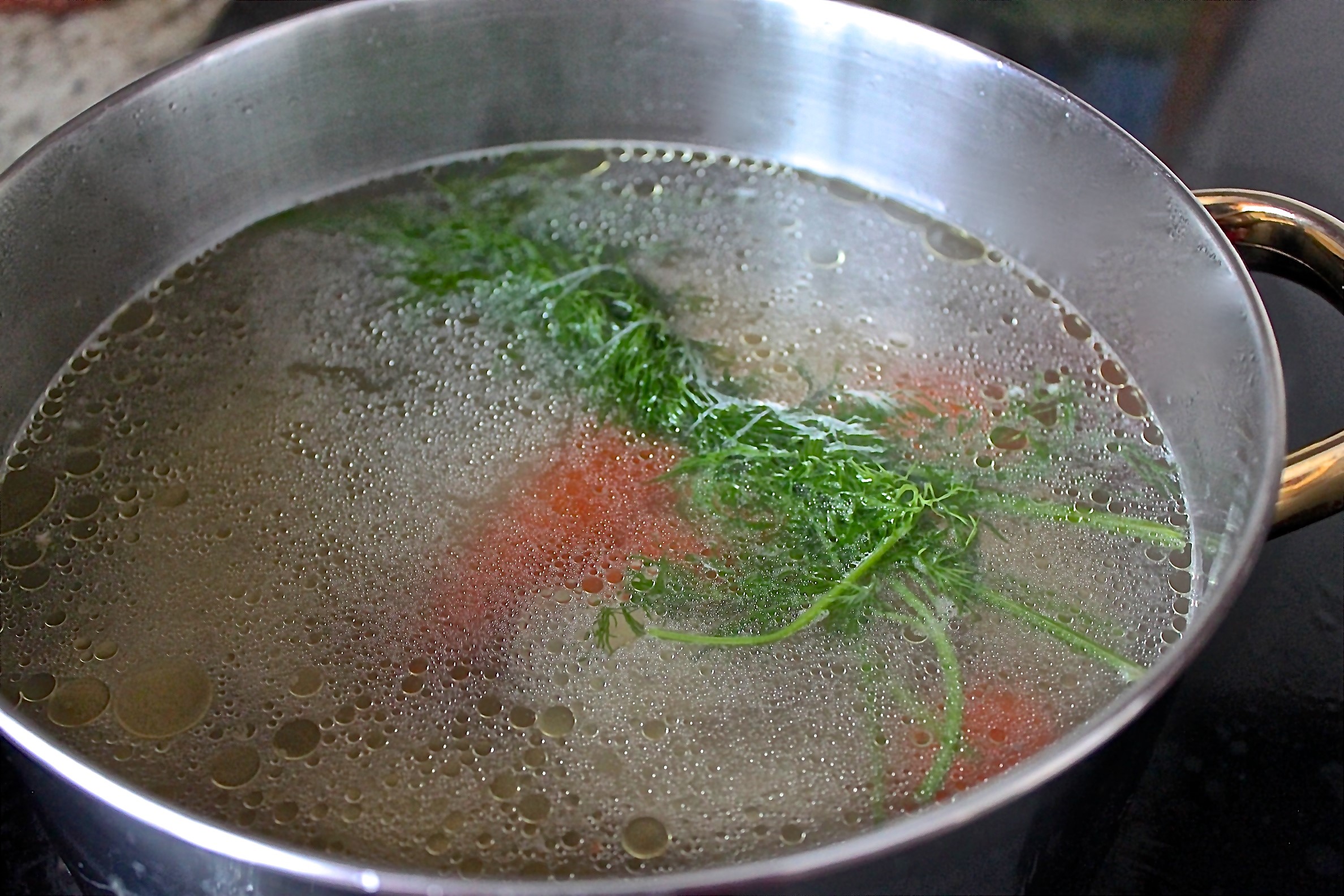 If you have potatoes or whole carrots cook until they are done, otherwise, simmer the soup for another 10-15 minutes and remove it from the heat.

I always cook and store noodles or vermicelli separately, adding it to each bowl of soup. This way the broth stays very clear.

Enjoy this delicious homemade soup made from scratch. So fresh, comforting, and yummy! 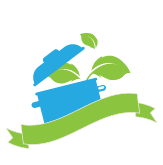 Chicken soup...what can I say? The world's most not controversial soup! Loved by kids and adults, tasty, flavorful, reinforcing, healing, and comforting.